A previous client asked me back to renovate their very dated kitchen, and I was thrilled to receive the invitation. I decided to try something the client didn’t think they’d see in a million years – a bold, unforgettable statement in green.

The audacious colour palette was set initially by the client – they had found and fallen in love with a green tile. But as avid cooks, they also needed a larger workspace and more storage to share with their two daughters. So what began as the simple white kitchen of a 30s California bungalow evolved into something else entirely.

First I removed a small enclosed pantry, which enabled me to extend the size of the entire kitchen layout. With that added space, I installed a 3 x 1.5-metre island bench which had to wrap around a structural wall. It was a design challenge, but I was able to incorporate it into the overall design such that it featured the green tiling as a focal point.

I employed concrete-coloured quartz benchtops mainly for the way their colour complemented the green, but also for their cook-friendly practicality.

The practicality did not end there: I then installed a motorised lift-up range behind the centre cooktop to serve as a rangehood. A large ceramic sink was then installed on one side of the kitchen, with a smaller sink on the other side.

Finally, four new leather bar stools at the bench will encourage family gatherings and a casual living mood around the kitchen.

As a result, this space has now become a gathering point for the entire family. In the words of the client, it has changed their lives – and certainly made it more green! 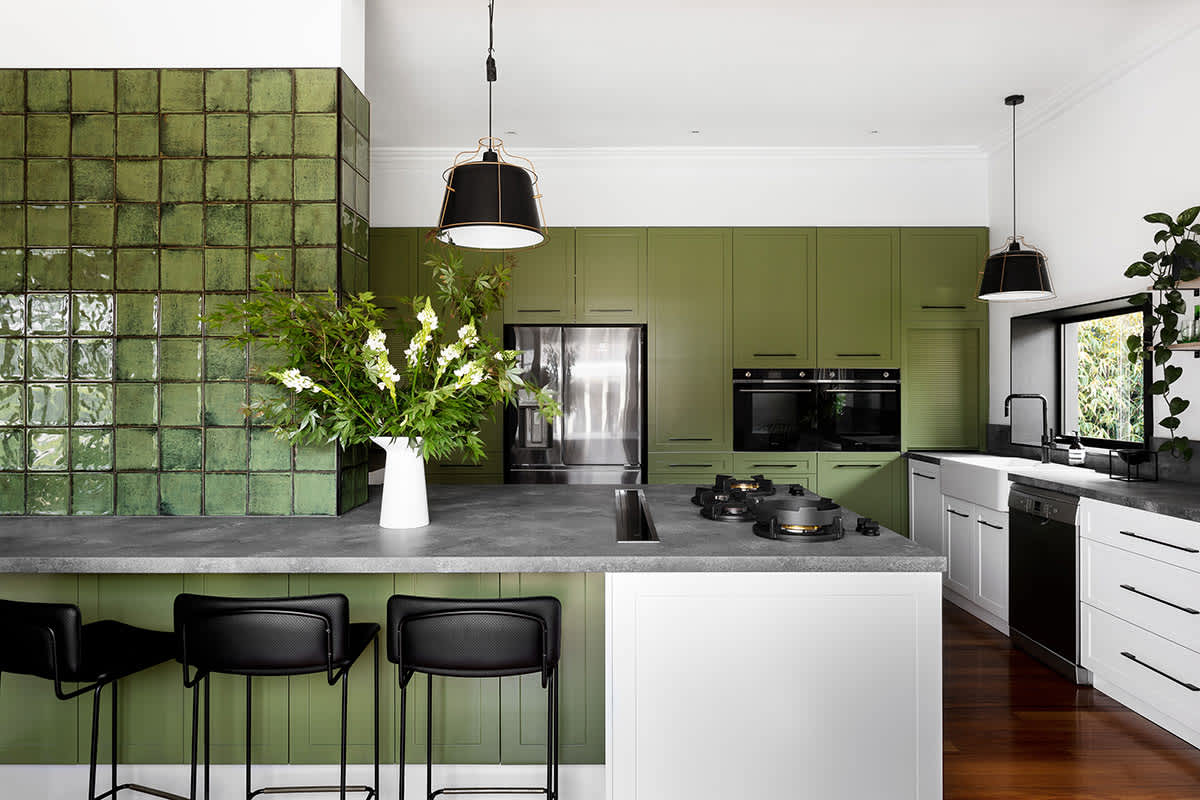 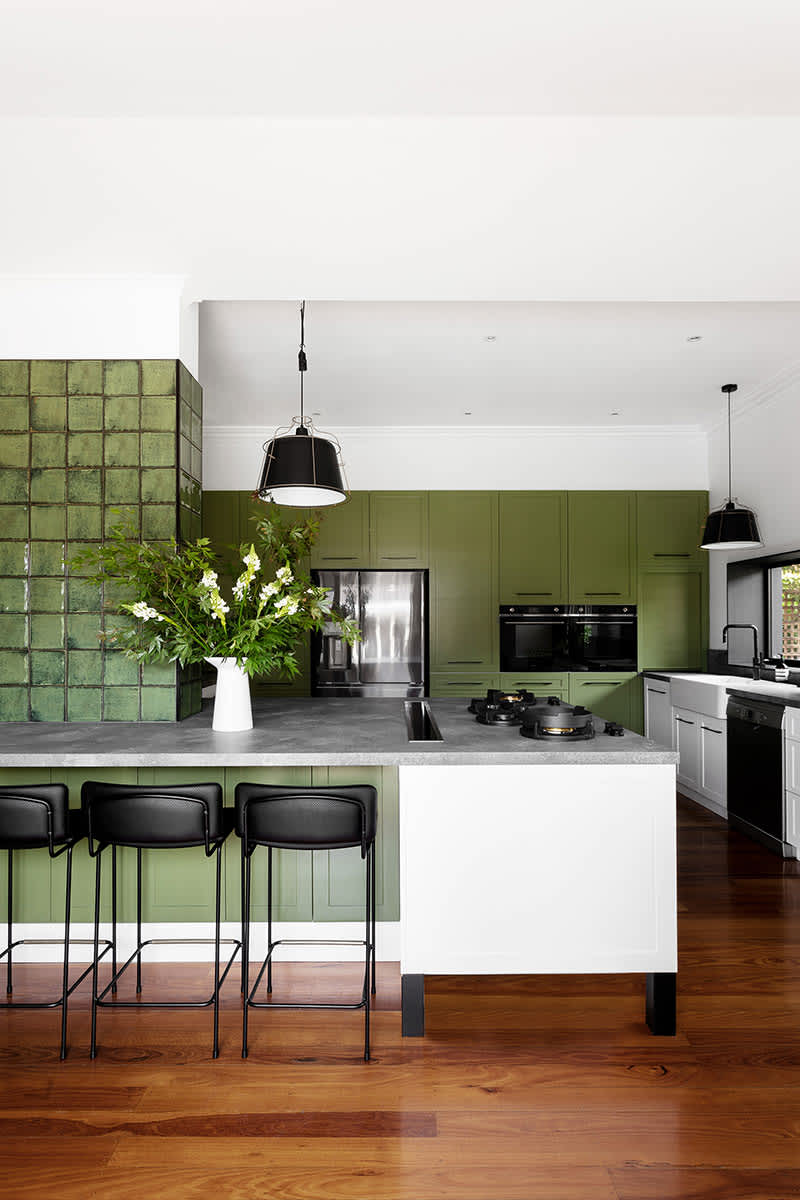 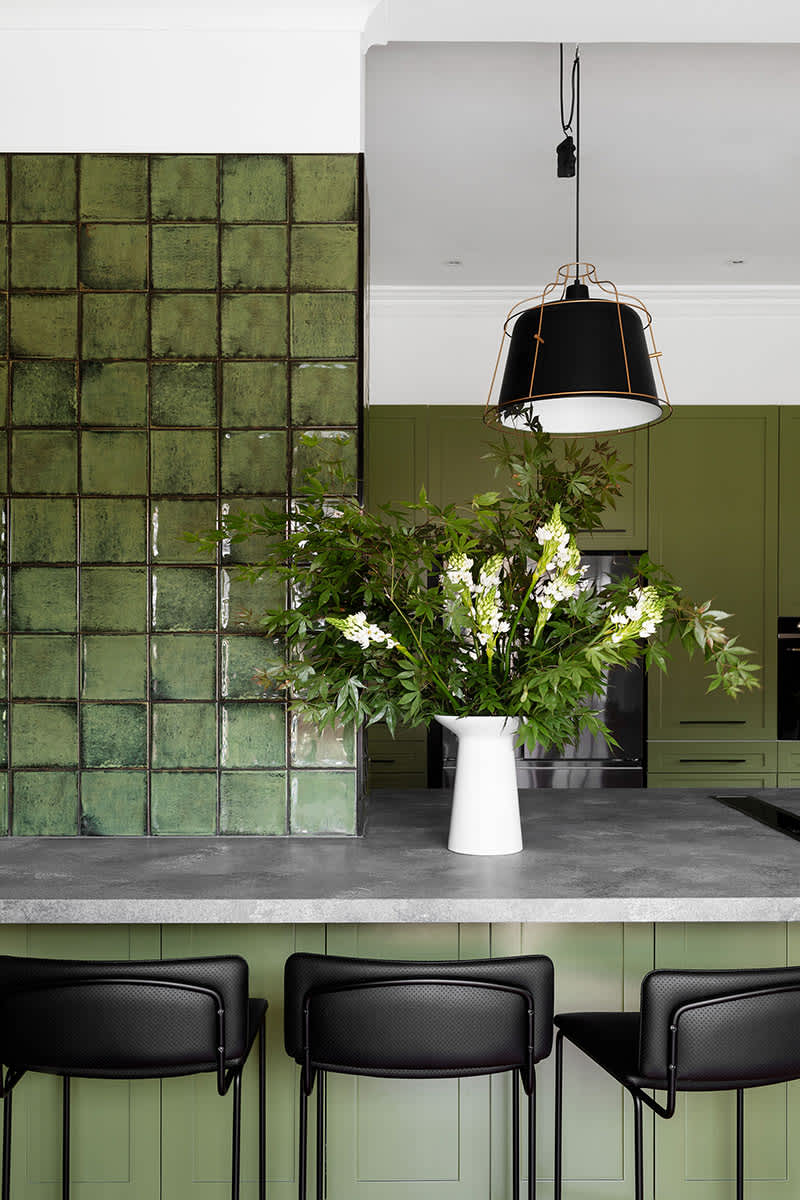 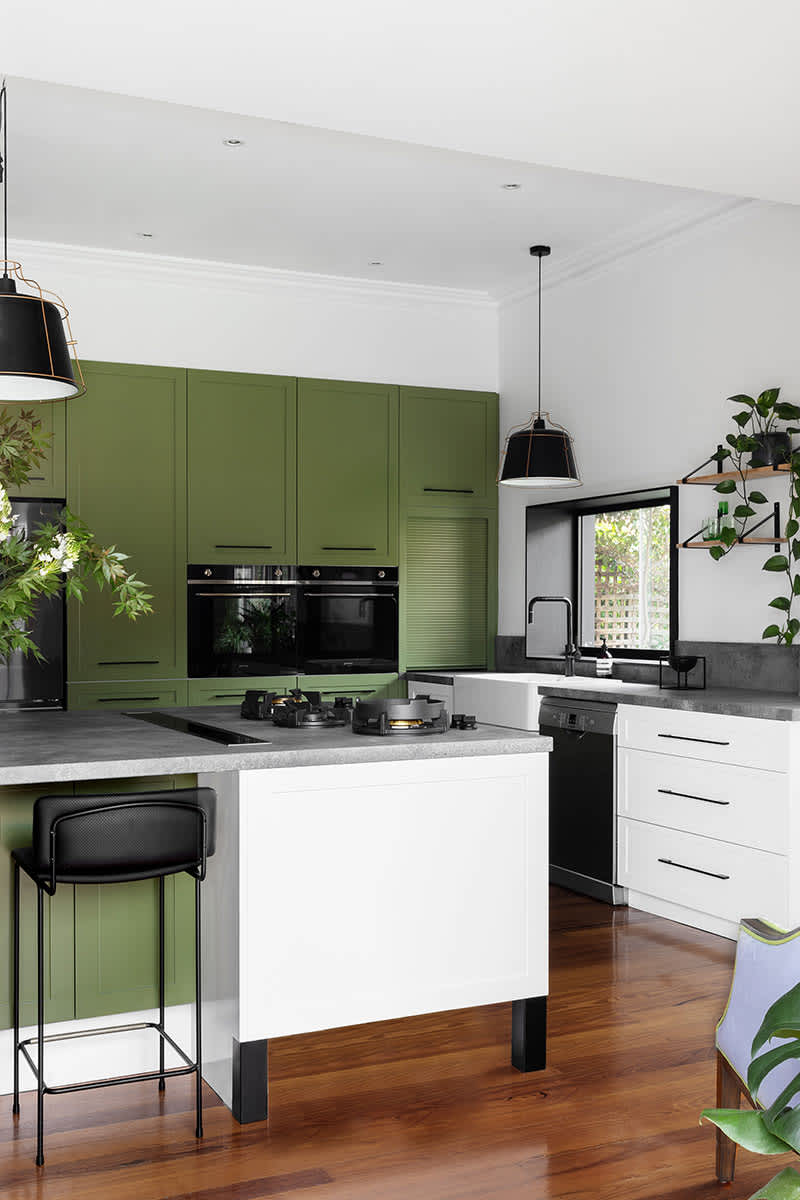 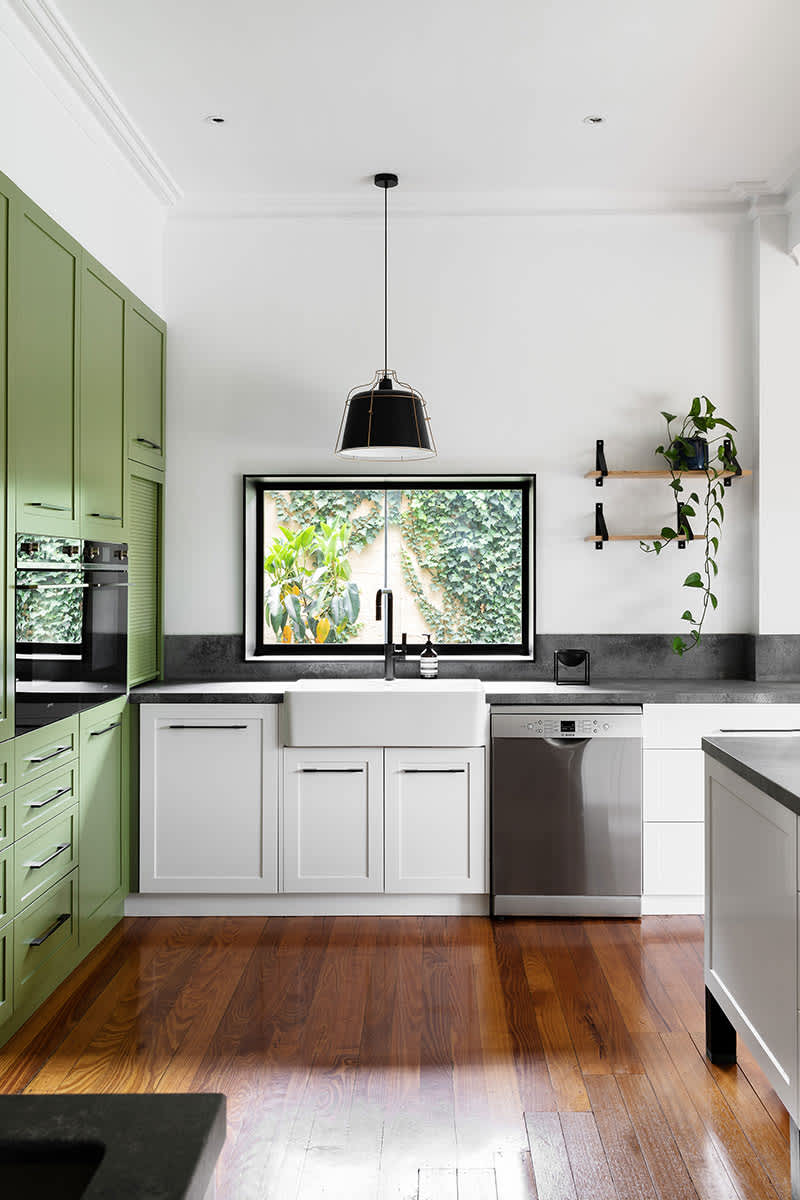 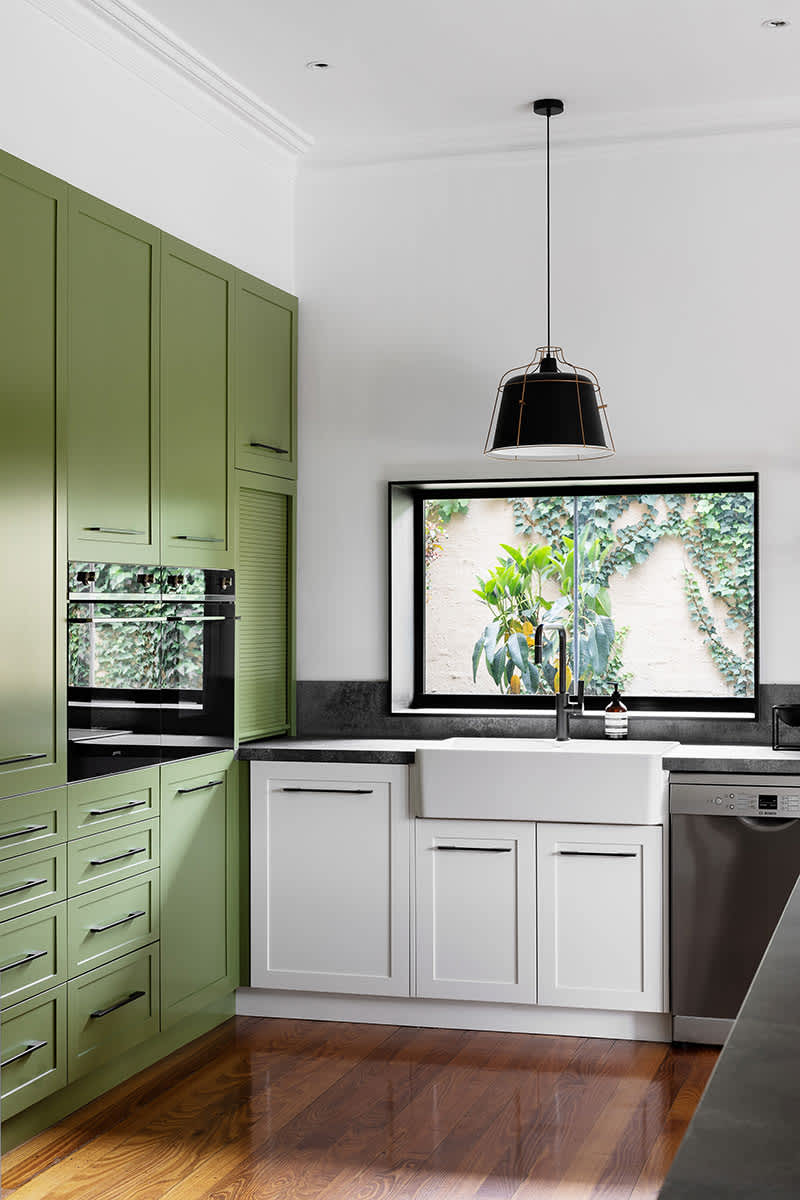 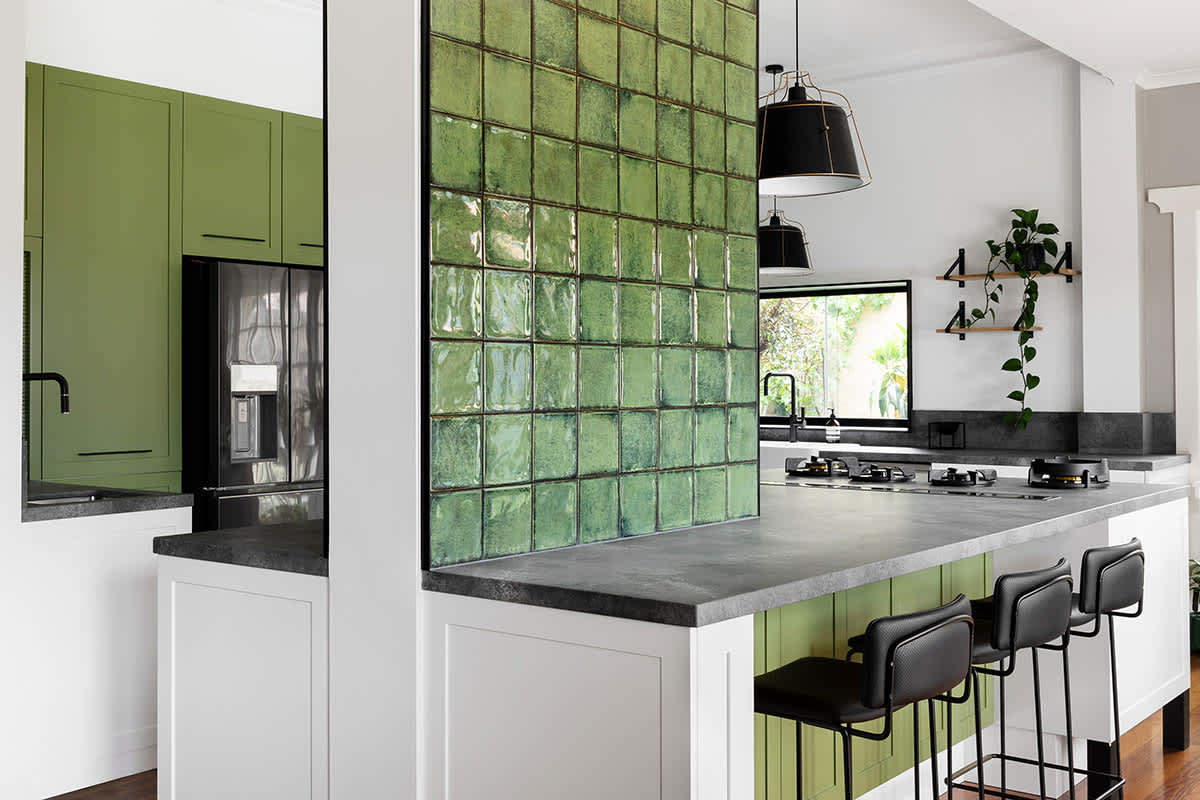 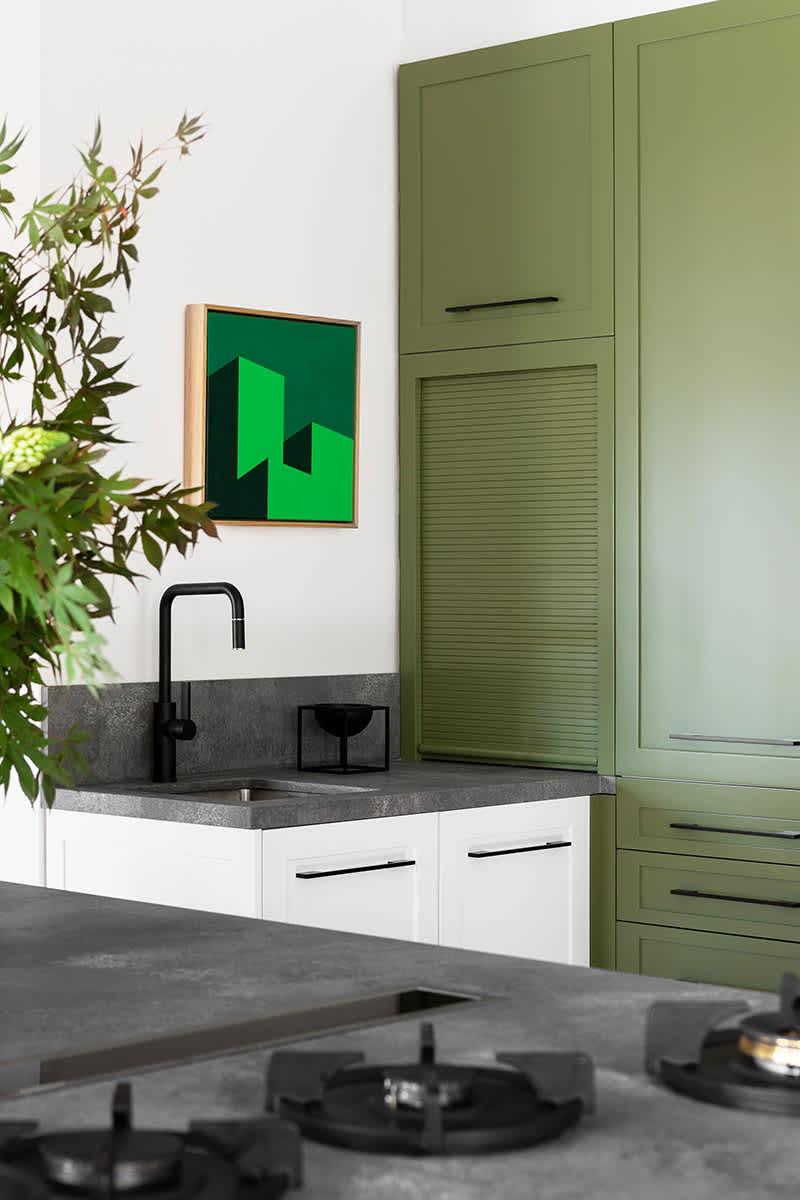 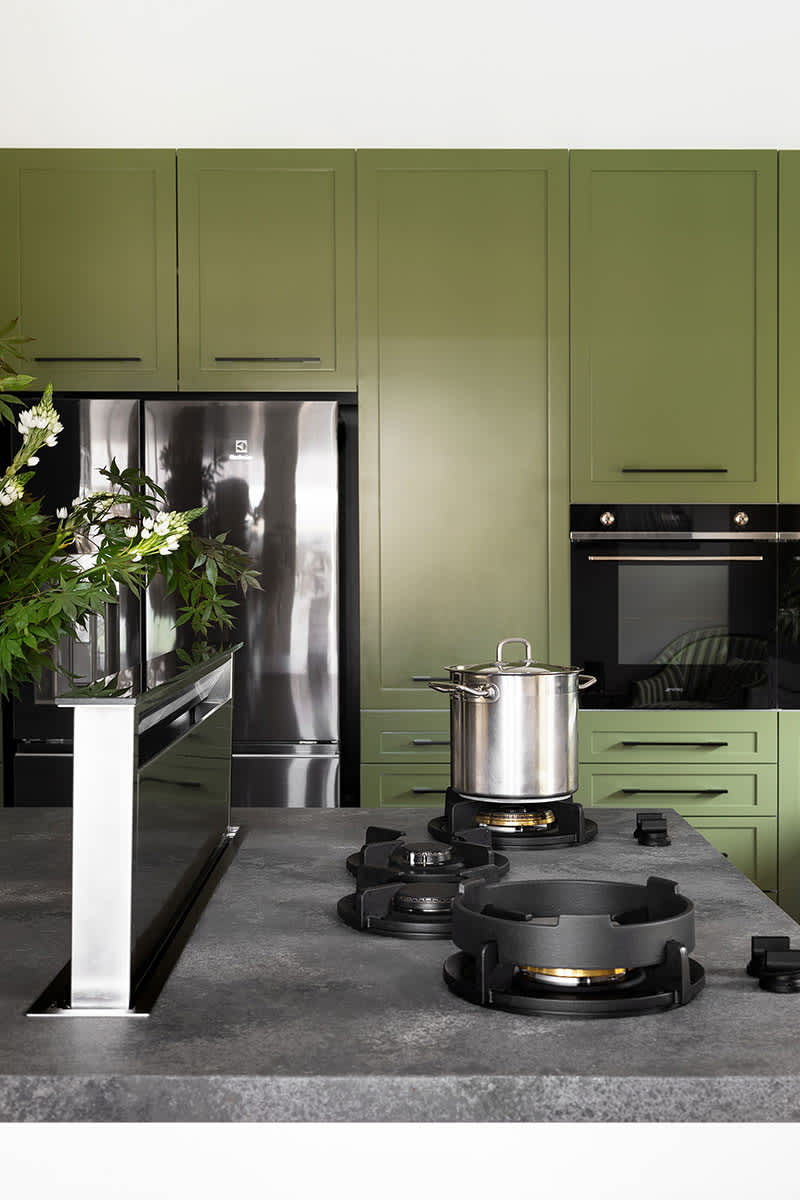 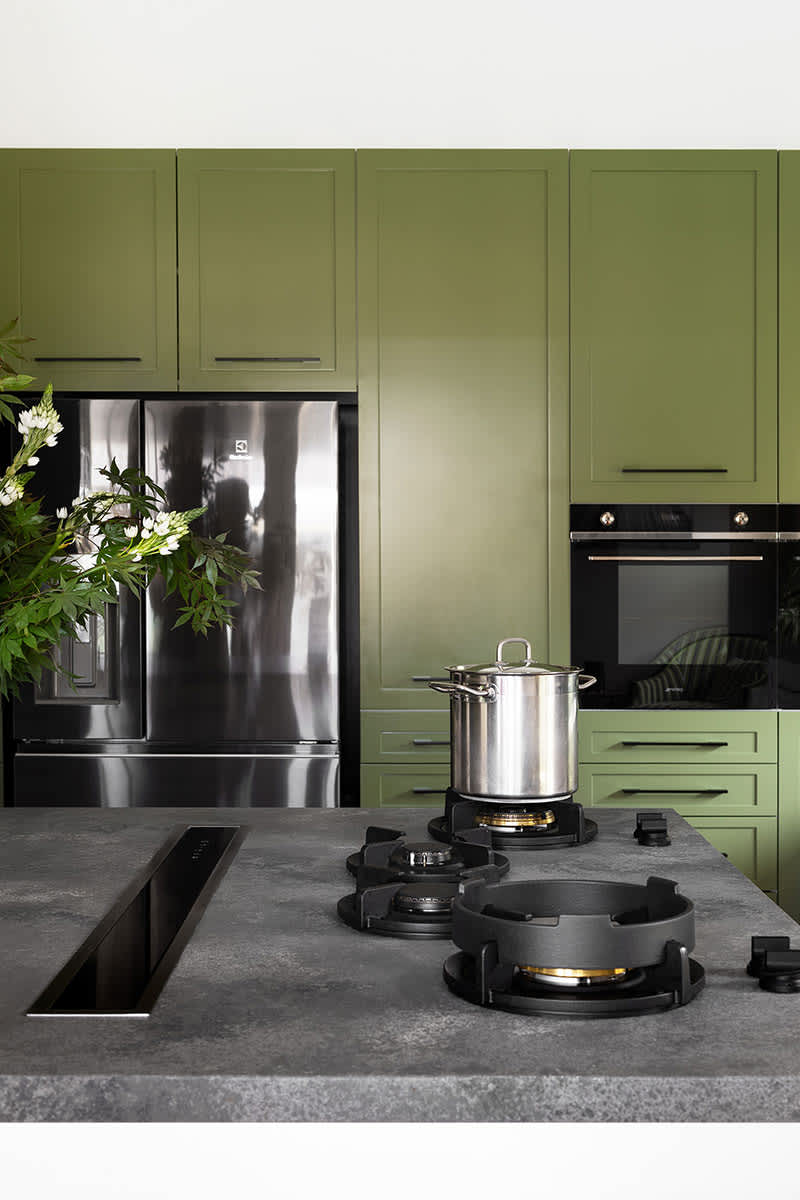 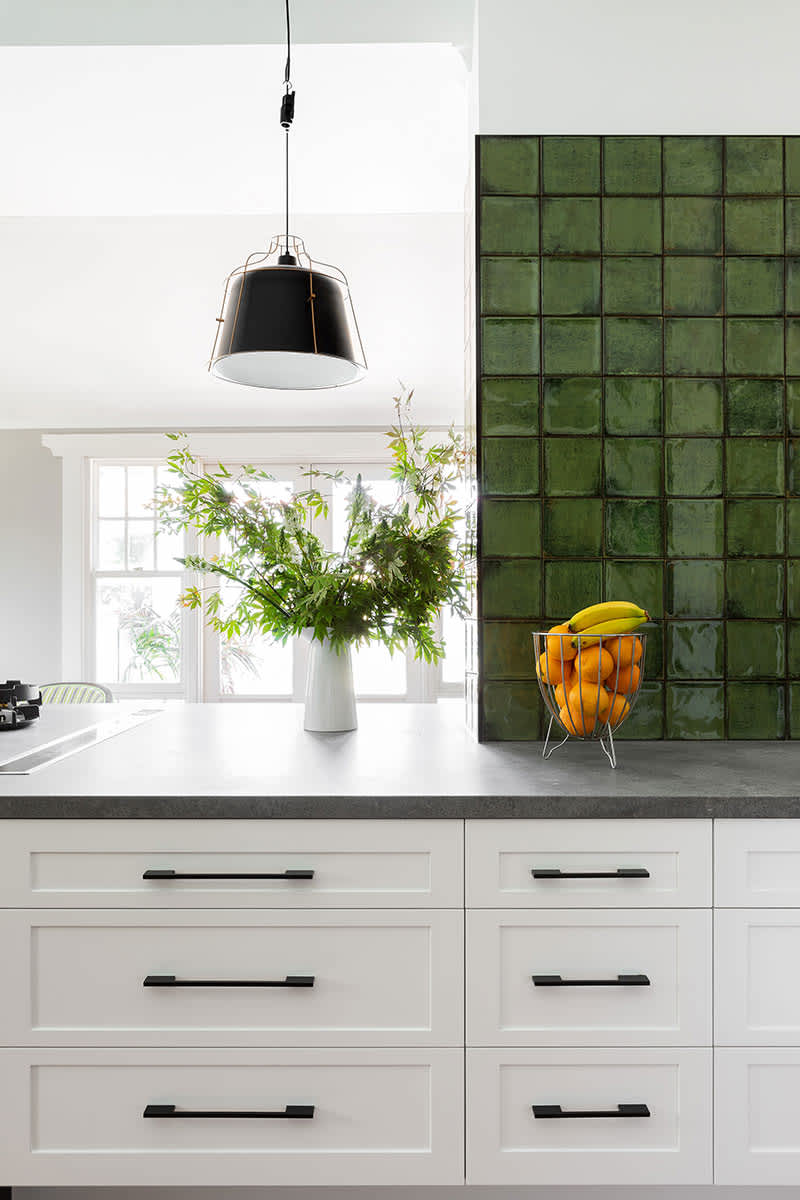 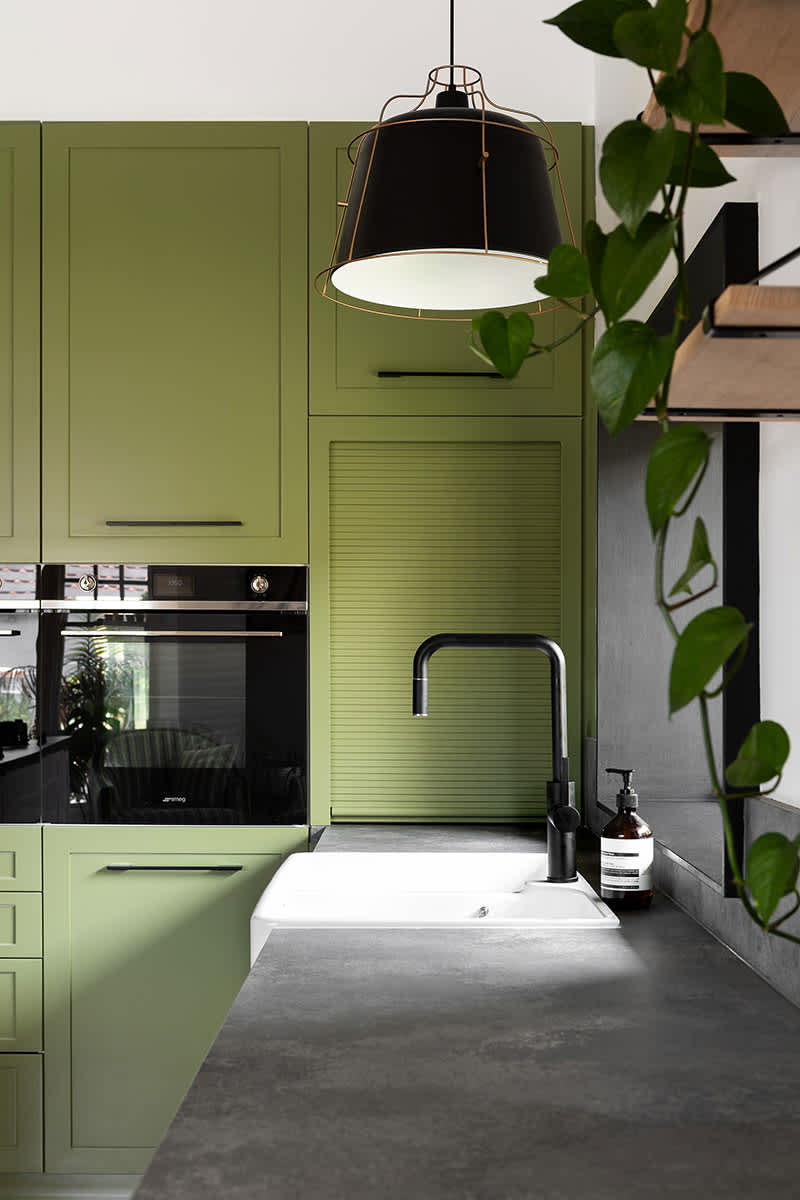 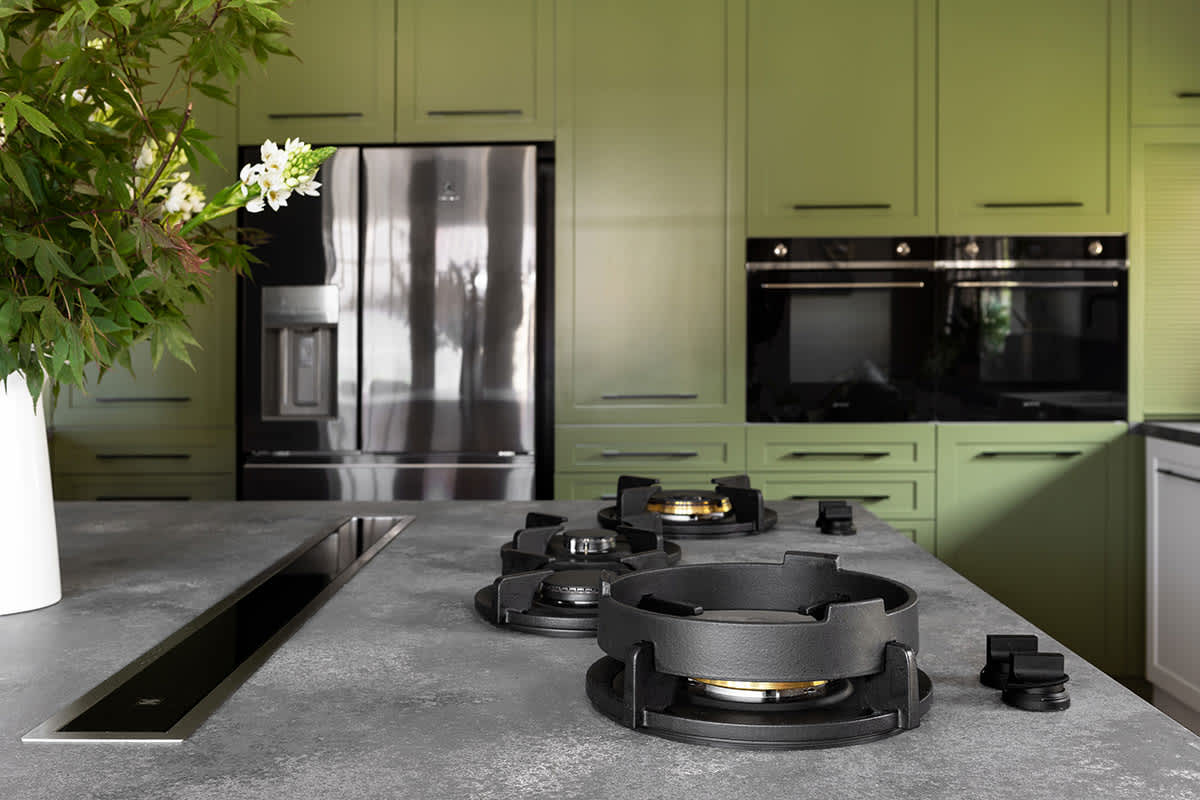