With its timeless lustre and National Trust Heritage Overlay, this vintage home brimmed with the potential for a new life as a regal gem. Start with a blank canvas, make sparing structural changes, furnish with custom European wares and stylish objects, and you’ll give a classic the revitalisation it deserves.

Structural changes would come first. Of course, changes to heritage-listed homes aren’t made on baseline calculations; it was clear due care and respect was in order. I saw Jane’s small bathroom was dimly lit, so we placed a new window, inviting natural light into the space. Next I demolished an unused concrete fireplace surround to allow floor space for the expanded bathrooms. The second bathroom would share floor space with and lay adjacent to the master ensuite, leaving space for the walk-in dressing room.

Jane supplied a starting point for the interior bathroom design scheme: a stylish shower mixer bought during a trip to the UK. I added bold European touchstones to complement its elegance. I chose Italian marble tiles for the floors – imported and chosen individually according to the amount of veining – and designed vanities with imported slab marble tops and English nickel doors fitted to match. White subway tiles were used on all walls. Imported English taps, basins, fittings and a bath followed. I chose English nickel wall sconces for added vigour, and for the master ensuite, completed the design with a white resin-braided pendant light sourced from the United States. The pendant light is a bright centrepiece visible from the bedroom.

For the bedroom, we began by laying custom-made carpet also laid throughout the rest of the home. For all cupboards, those in the bedroom and newly-created dressing room, I fitted imported English door knobs. Sixty sets of imported timber reed & brass door sets were fitted to the main bedroom doors, as well as every other door in the home, and I sourced an elderly timber arts-and-crafts themed fire place surround, which was restored and installed. I also installed a custom-made and fully-upholstered bed head, along with a complementary bed stool and sofa. To punctuate the vibrant character of the design, I finished by applying imported Japanese wallpaper, installing three Mica ceiling light fixtures, fitting a series of decorative column up-lights, and hanging an imported arts-and-crafts-inspired pendant light with matching sconces. As a result, the design feel was made consistent between all redesigned bedrooms and bathrooms. 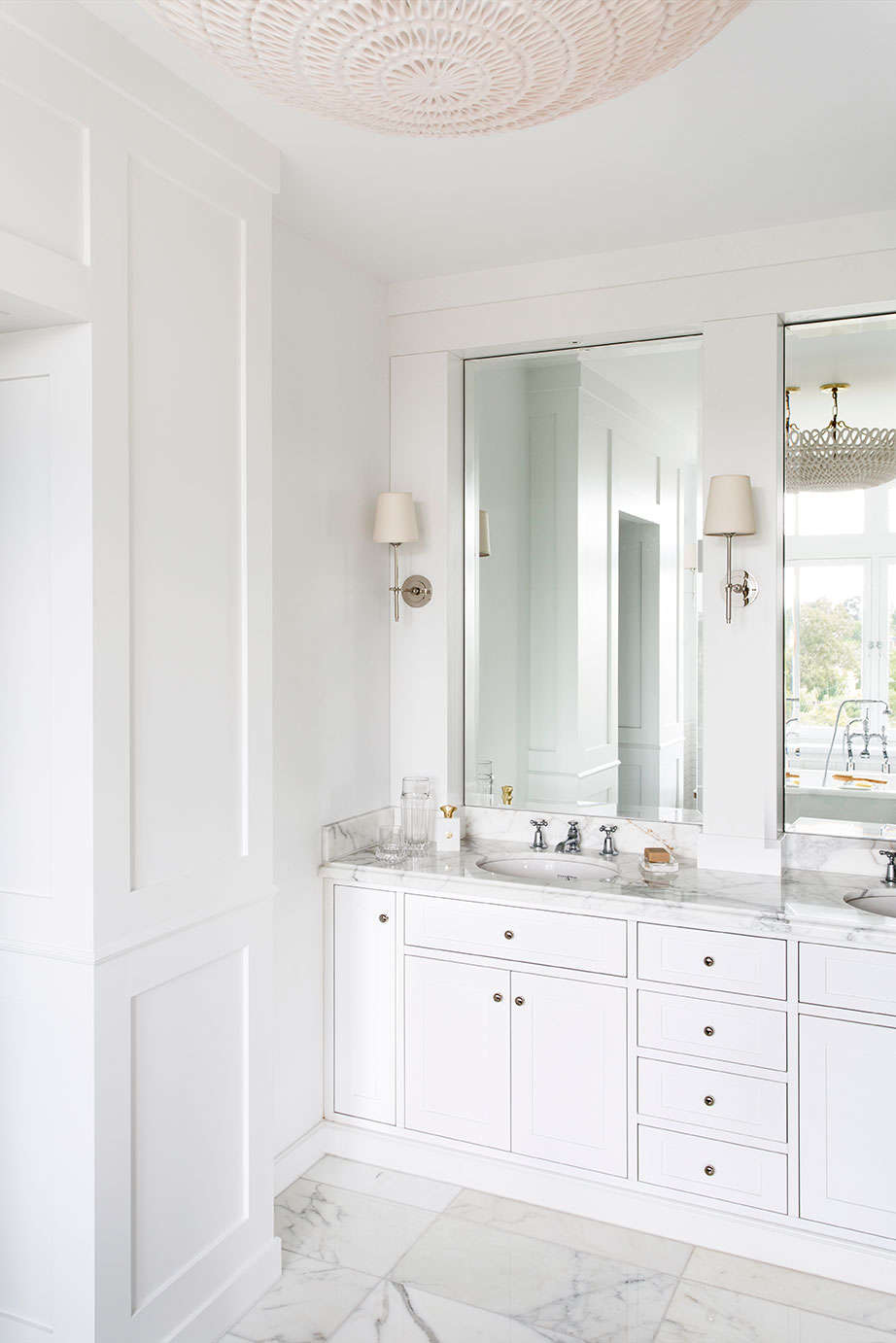 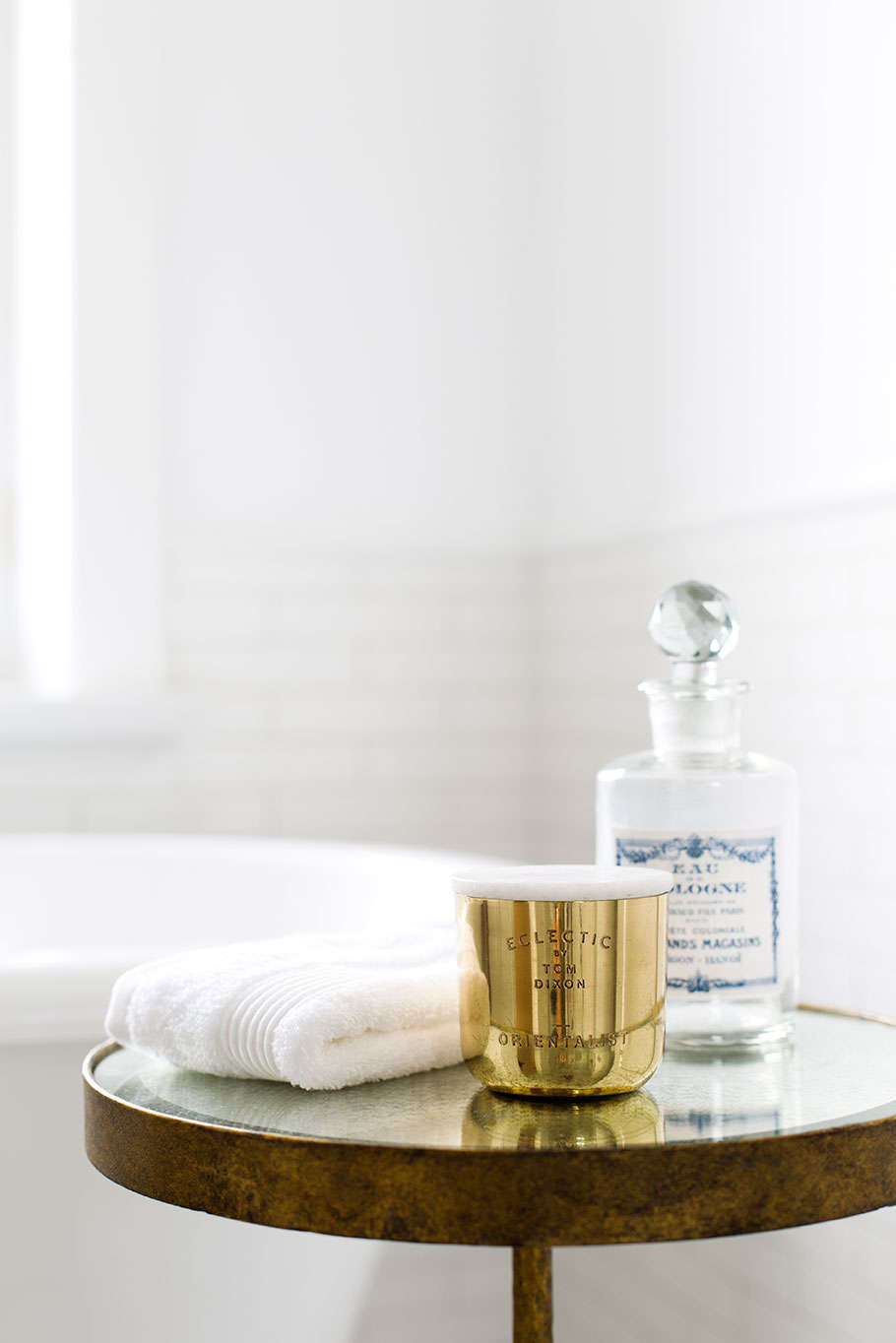 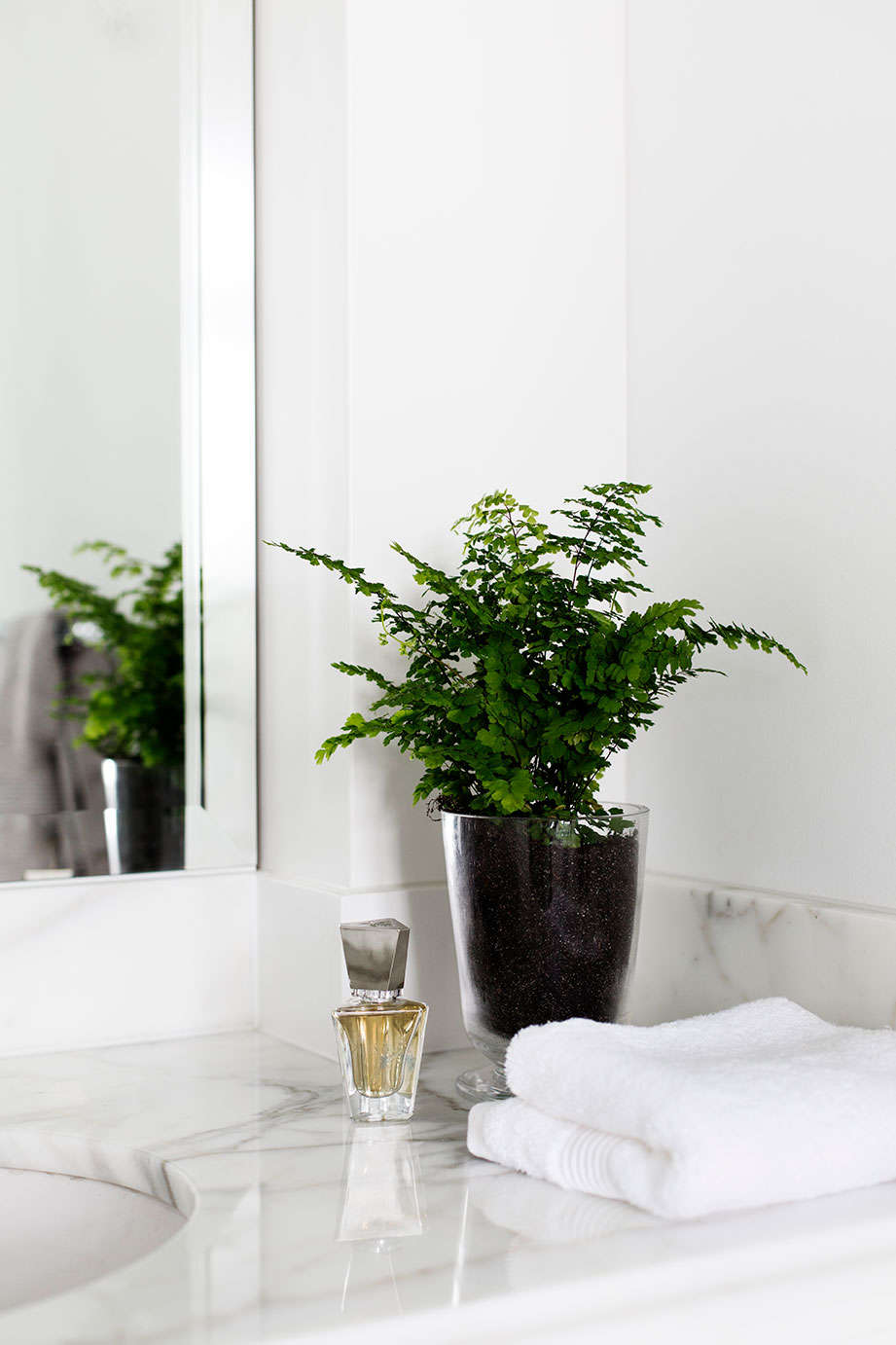 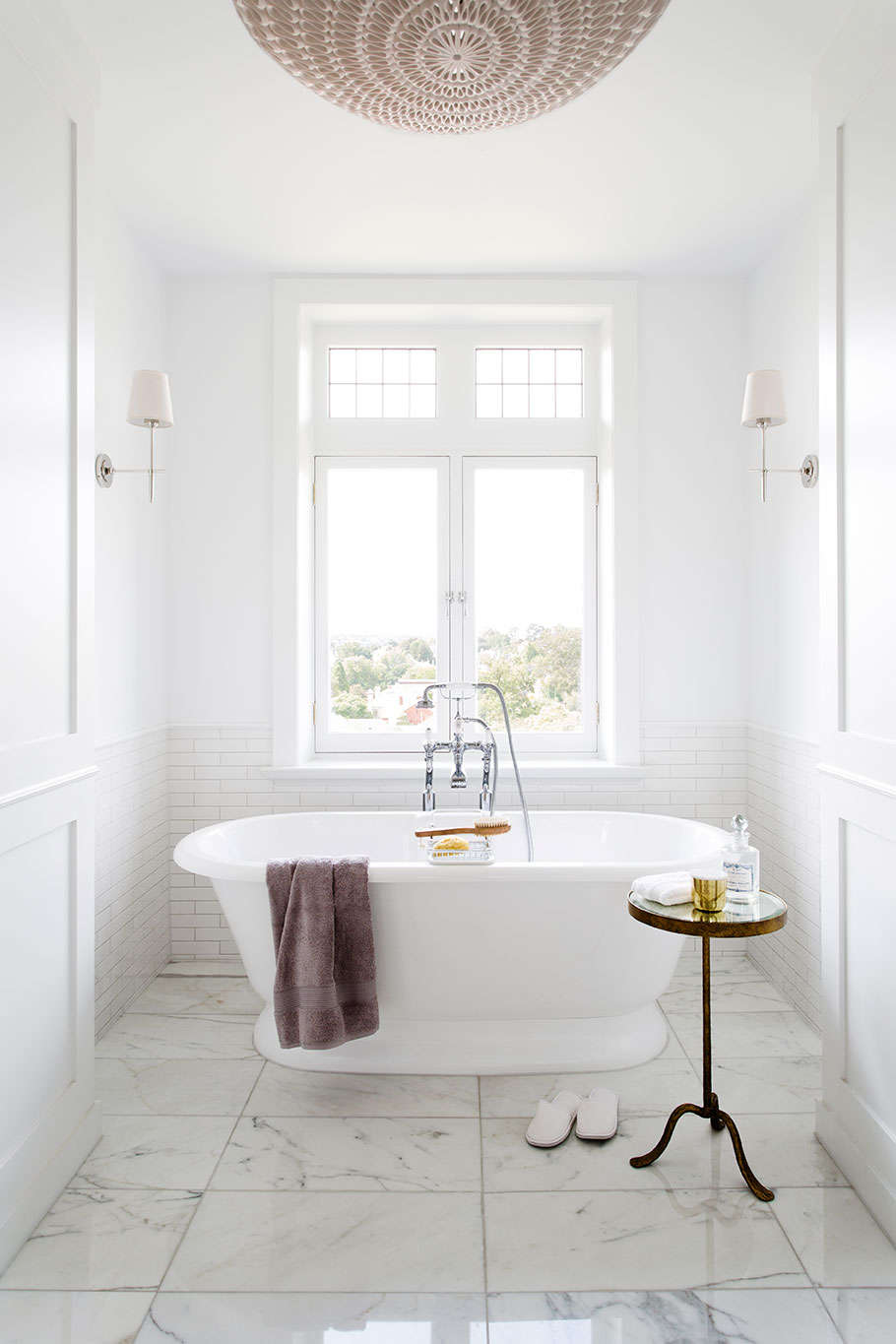 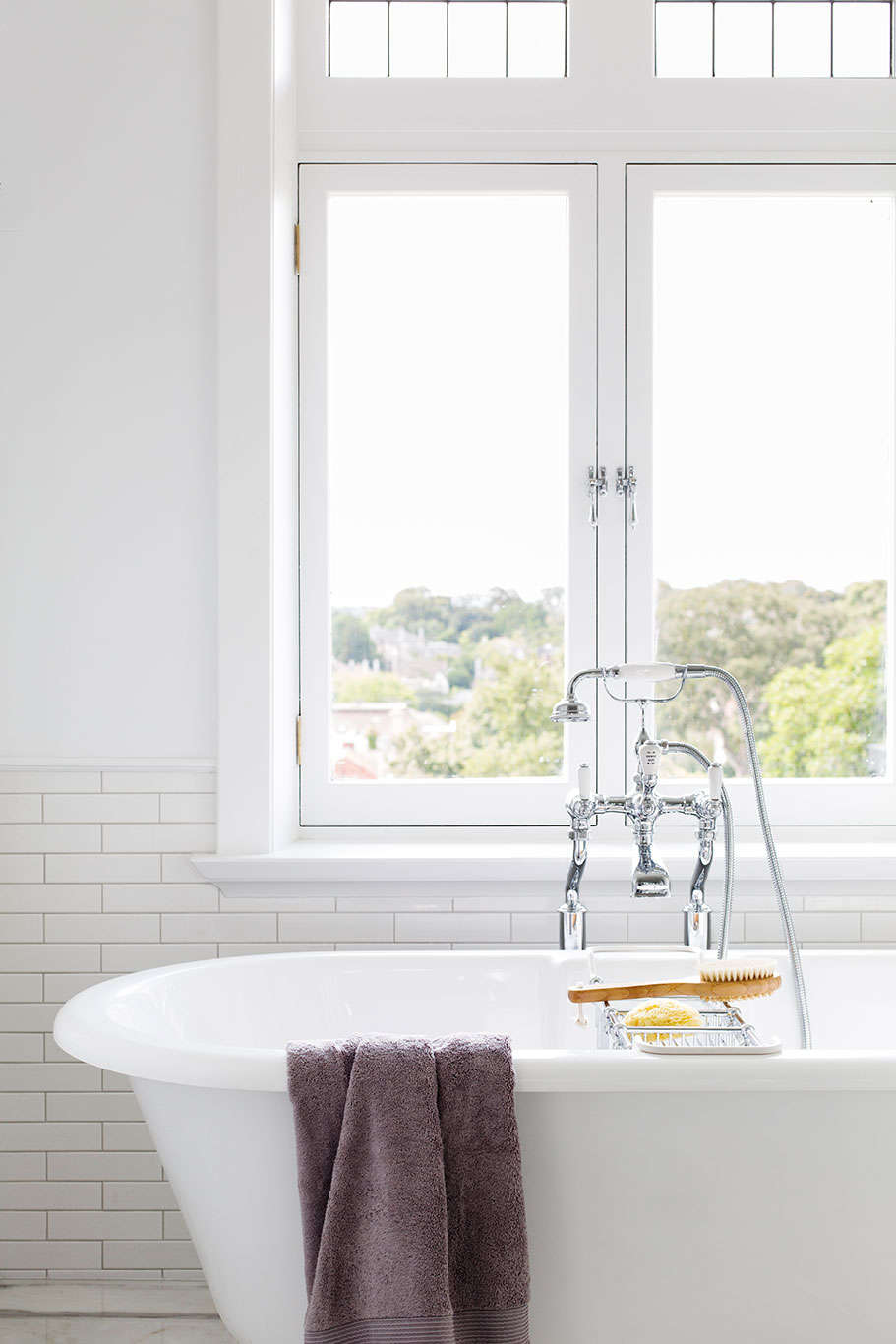 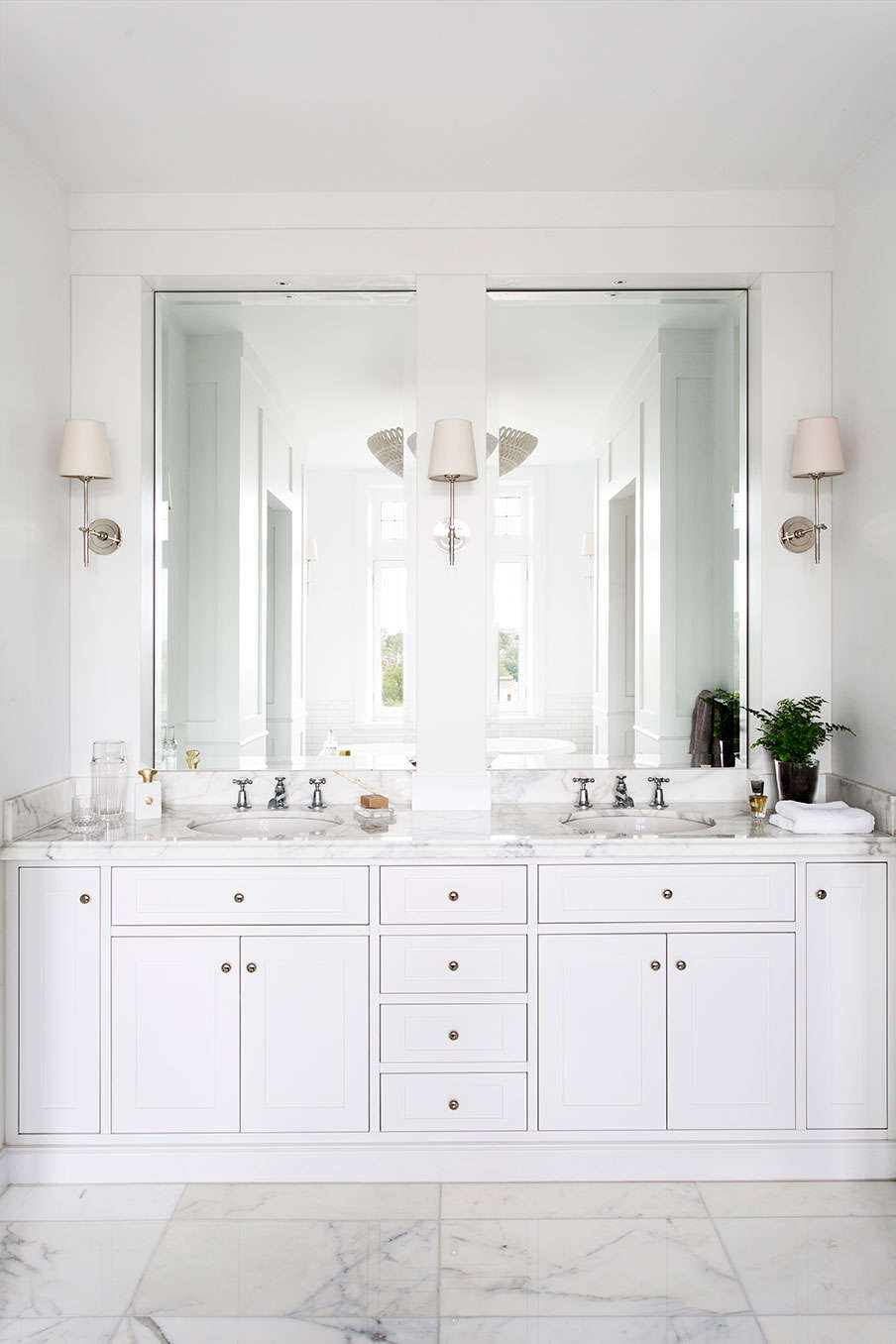 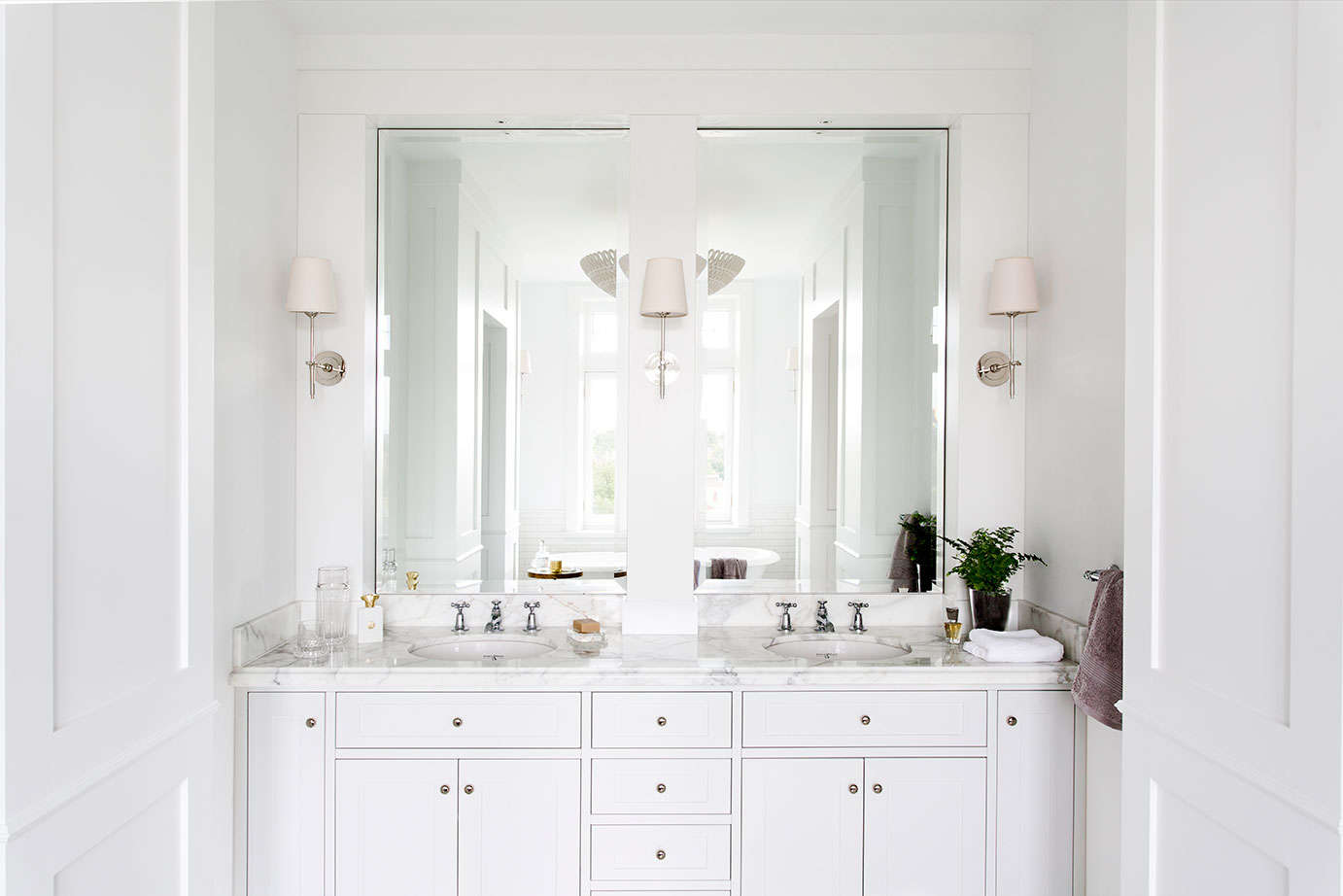 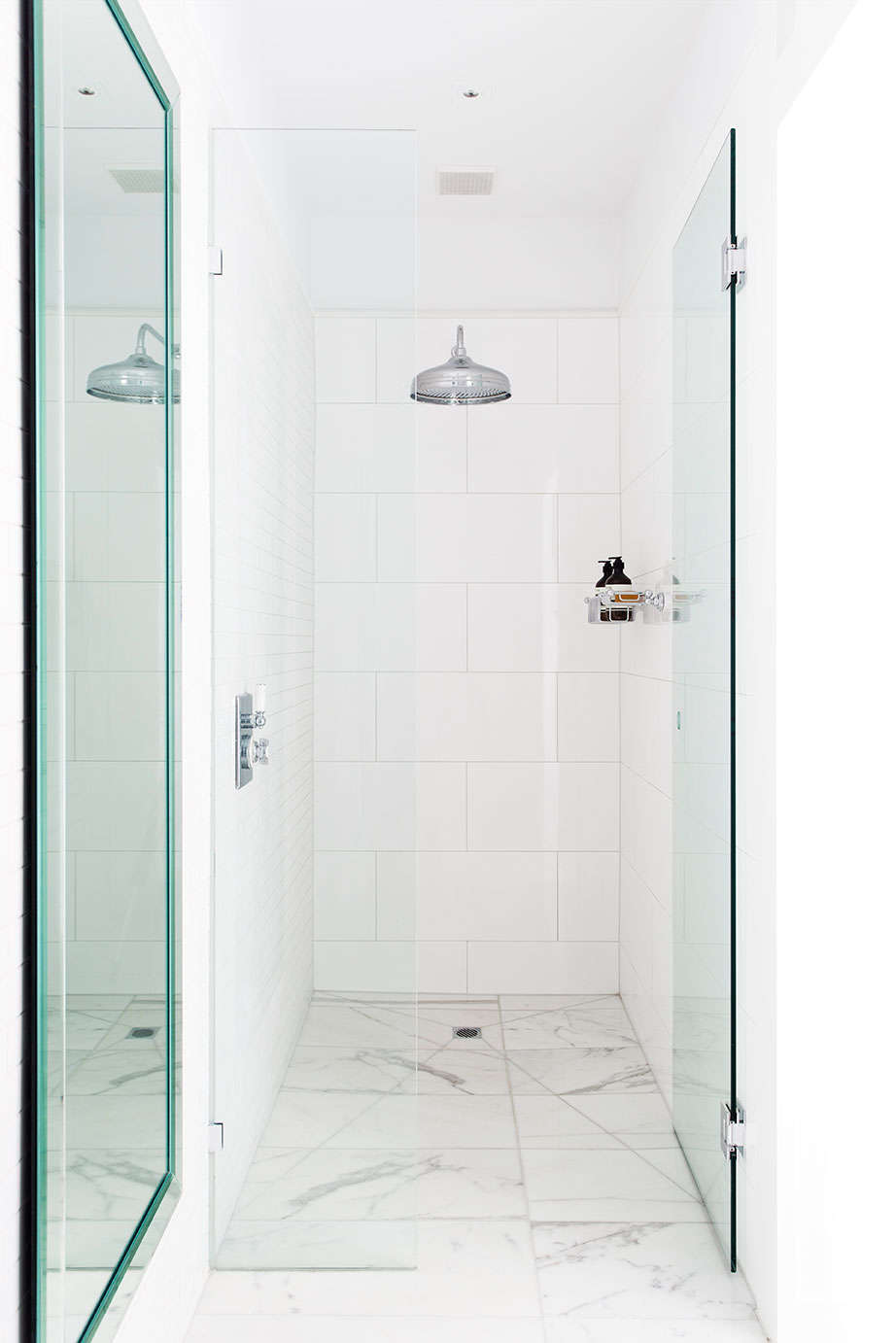 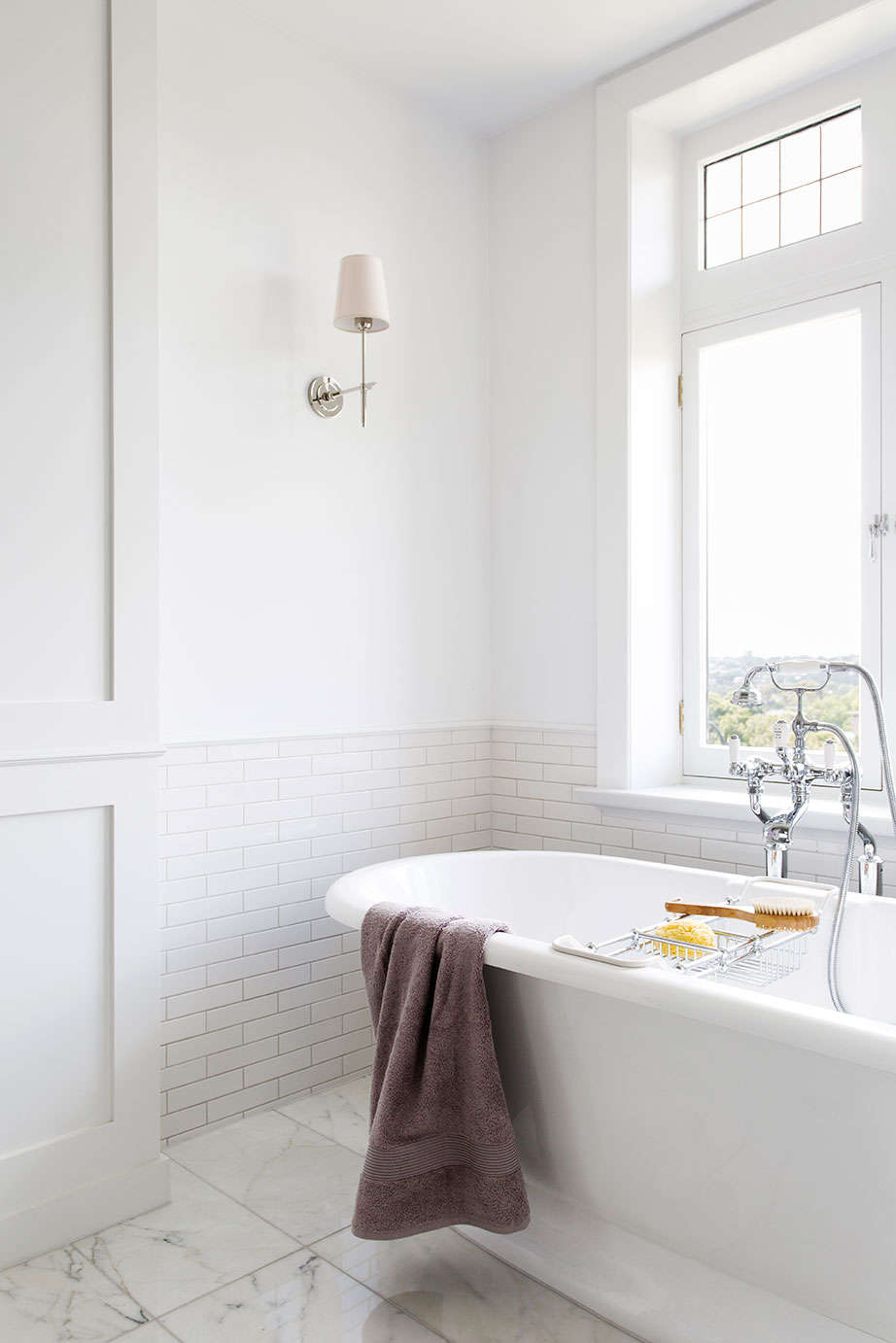 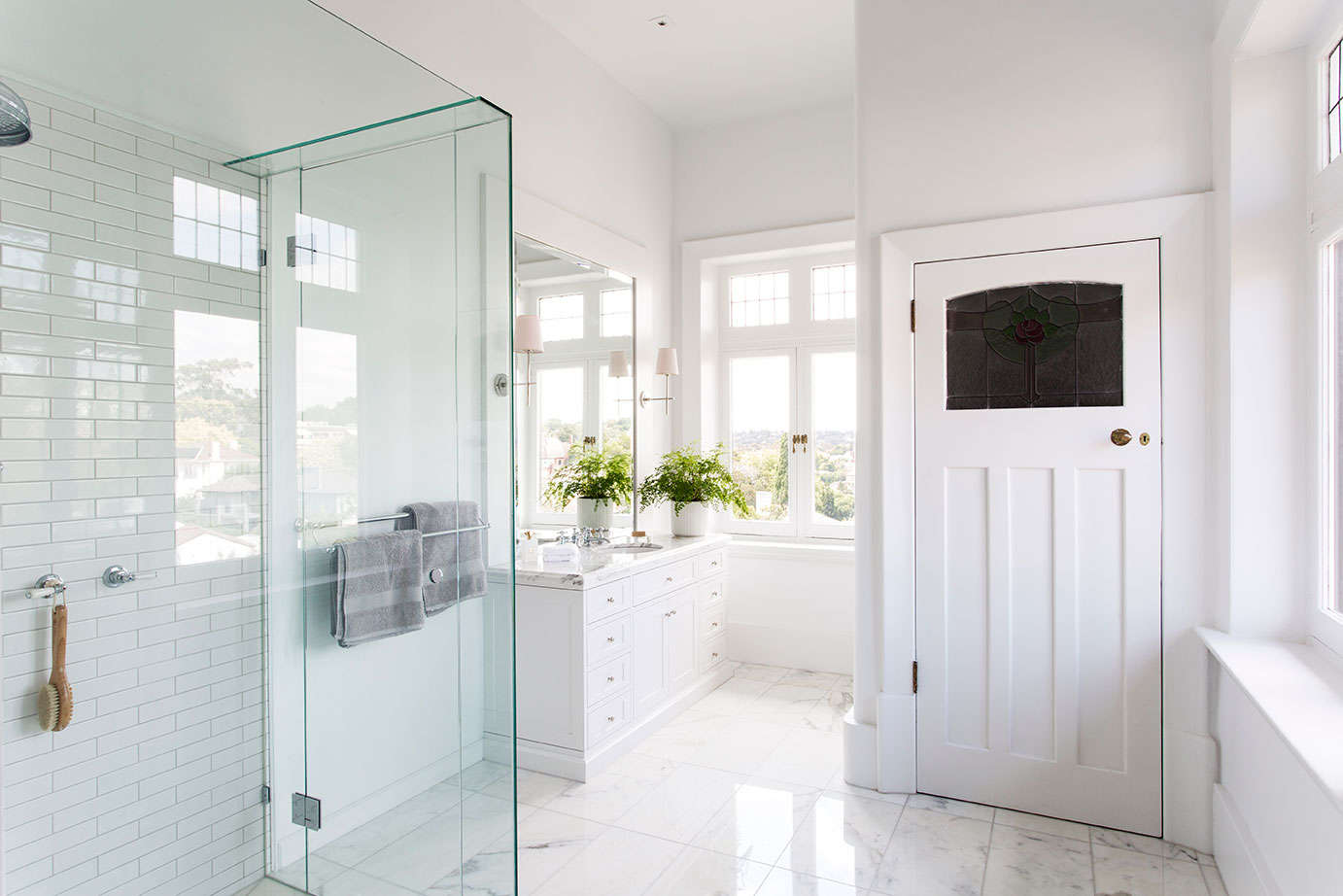 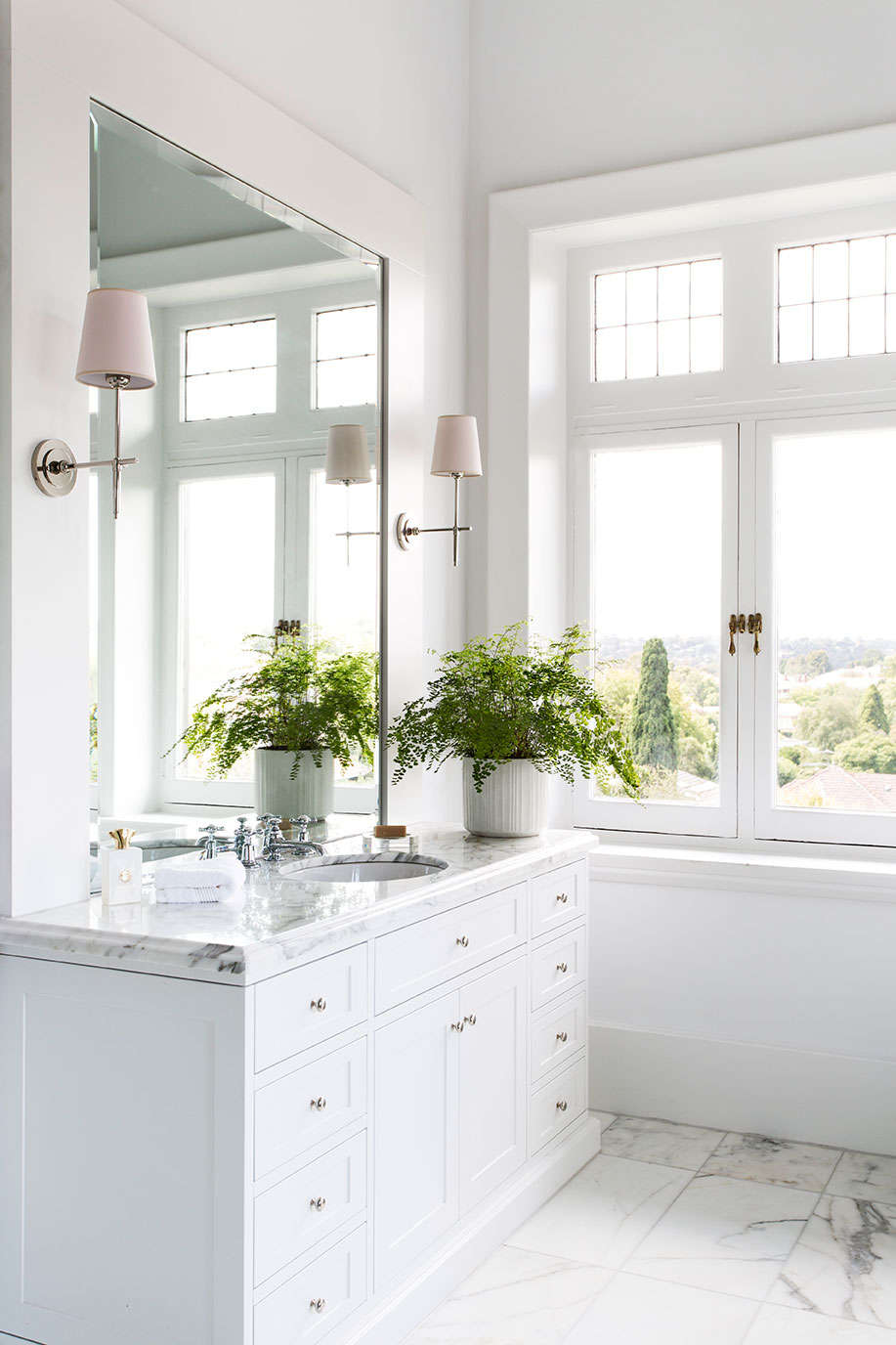 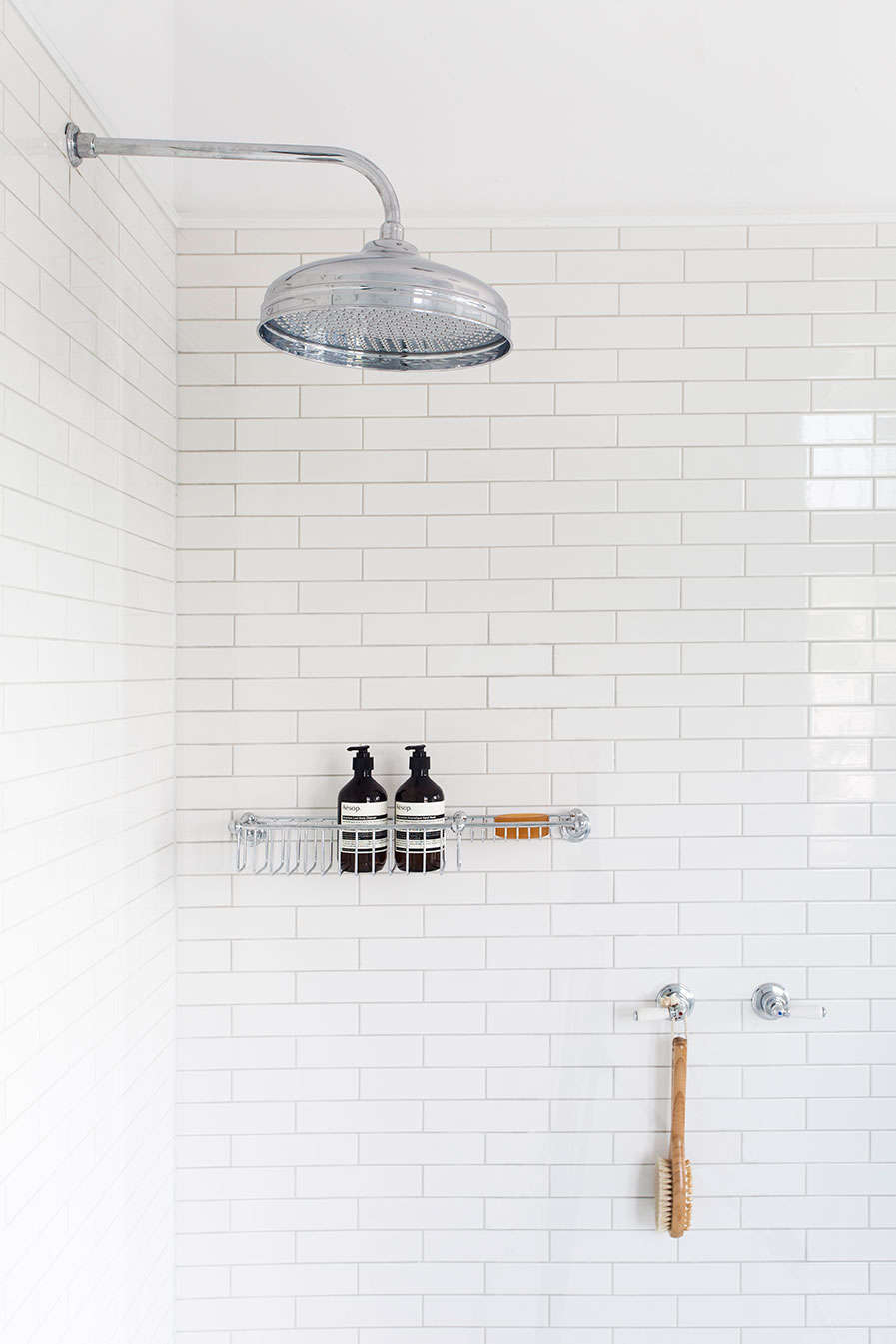 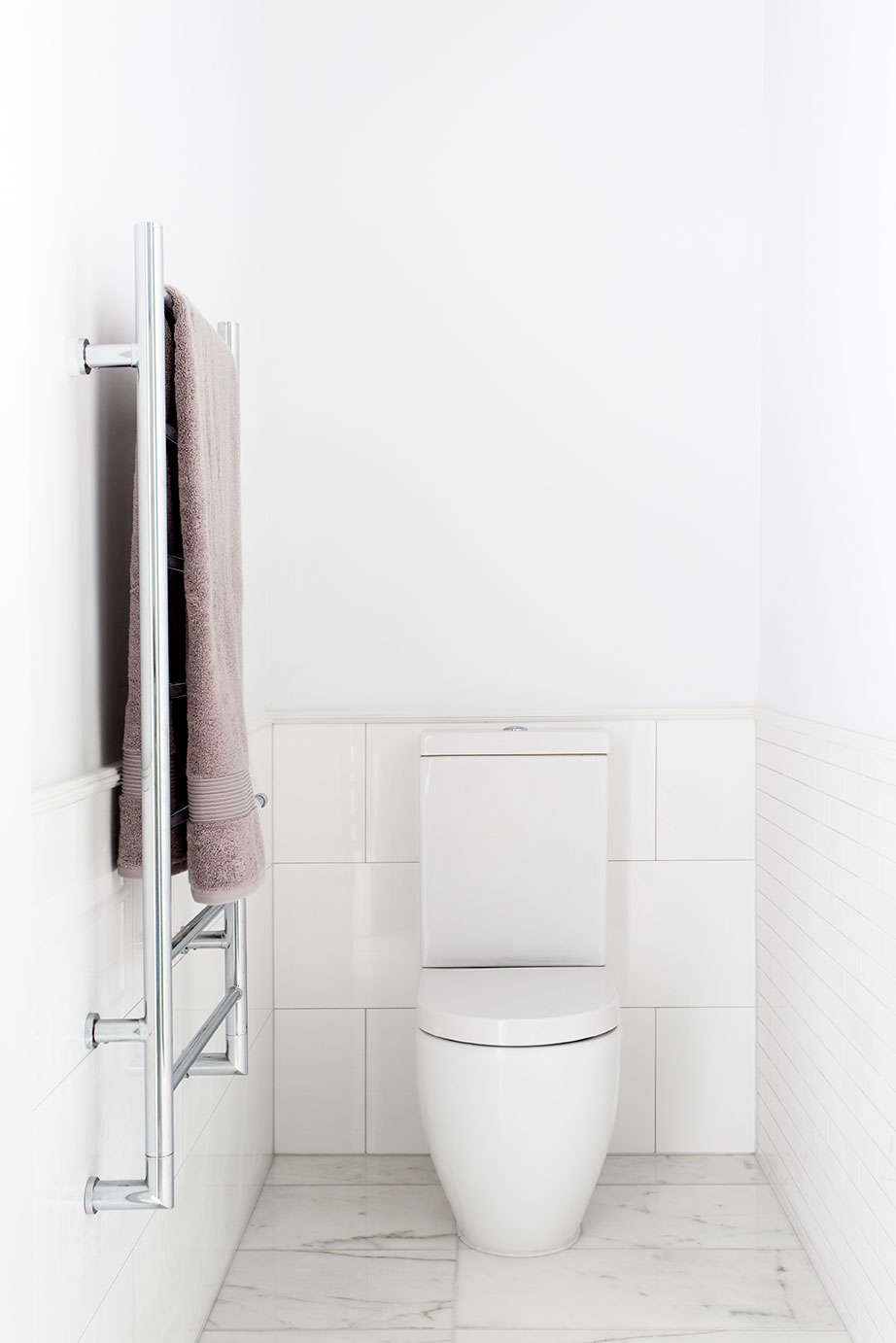